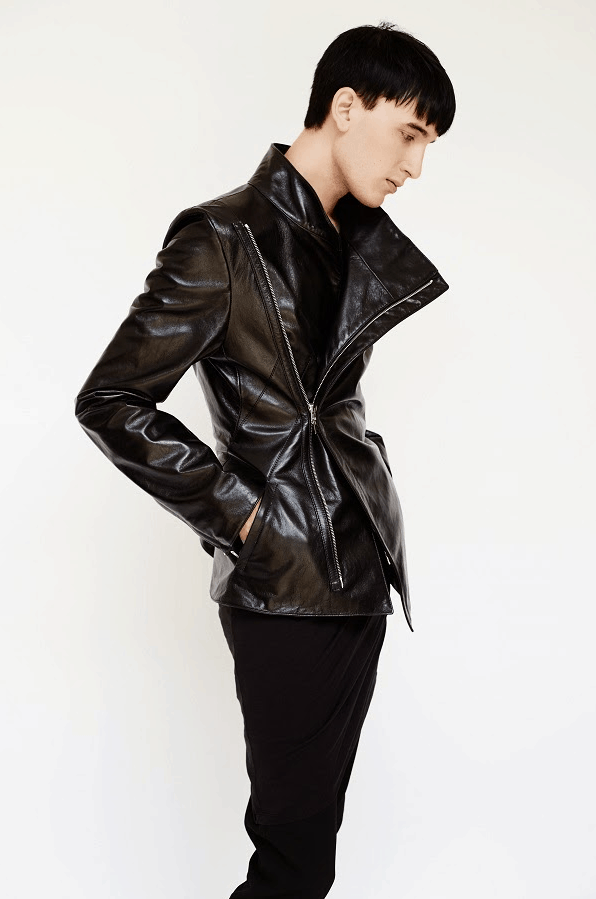 Canada-born and London-based fashion designer Todd Lynn has unveiled images of his menswear collection for Spring/Summer 2015, marking the end of a three-year creative silence on his ambition to develop a men’s fashion line.

Claiming inspiration from the fantastical science-fiction undertones of the 2013 film Under the Skin (directed by Jonathaazer and featurin Glng Scarlet Johansson), the collection is anchored by a colour palette of black (with occasional accents of sand, pink and off-white), with leather playing a prominent role as the material of choice (in either soft or heavier versions) against soft wool. Silhouettes juxtapose urban subcultures (through hoodies and biker jackets fastened by zippers) while channelling suave dandyism in the form of tuxedo jackets with peaked lapels, sharply angular shoulder and collar lines, and merino wool tops incorporating blocks of chiffon.

At the same time, stark details such as slit elbows, horizontal and vertical appliquéd fabric stripes on trousers, and cropped, sleeveless shirts serve to elongate the shape of the body while subtly drawing attention to the role of flesh in engendering the physicality of contemporary menswear. 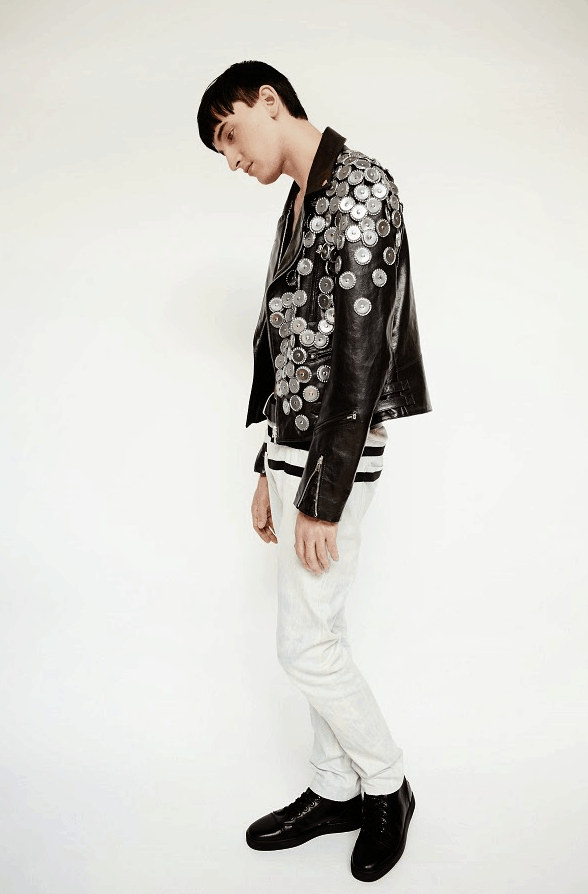