According to popular history, this month marks the 85th anniversary of the birth of sunglasses. In their modern incarnation as accessories designed to protect people’s eyes from the sun, sunglasses were born in the summer of 1929, when Sam Foster started selling the new spectacles on the beaches of Atlantic City, New Jersey.

As the world of fashion and eyewear celebrates this milestone in the history of style, American menswear brand Jack Spade coincidentally launched their debut eyewear collection. Available in Jack Spade stores worldwide store and online, the range fuses the brand’s interpretation of effortless preppiness with an urbane aesthetic, as evident in juxtapositions of contrasting materials such as acetate and metal, and dashes of bright orange against grey and brown frames and lenses. Herewith, Th

e Style Examiner presents a selection of the most successful models of the collection, with particular emphasis on the Bryant model.

Inspired by a 1950s shape favoured by the era’s movie stars, Jake Spade’s Bryant sunglasses stand out in a version that combines dark brown lenses with a see-through light golden acetate frame. After I got hold of a pair and tried them out, not only did I get a number of compliments but I also found them perfect to complement a summer smart casual look such as dark blue jeans and white shirt matched with brown belt and shoes. 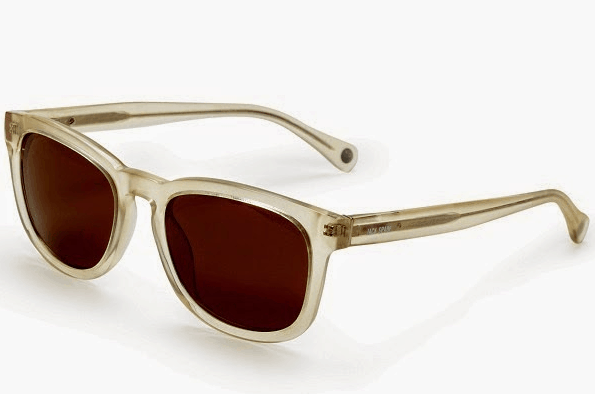