The Style Examiner > Blog > 2014/04 > Portugal Fashion: unravelling innovation in fashion and design on the global arena

In spite of having established a solid international reputation as a manufacturing nation of clothing and footwear dating as far as back as the late 19th century, Portugal has not always been a country associated with sartorial creativity. However, that perception has been slowly changing owing to the efforts of Portugal Fashion, a platform created by ANJE (the Portuguese national association of young entrepreneurs) to promote Portuguese fashion to national and international buyers and journalists. Under the theme ‘Organic’, the venture’s 34th edition took place in Lisbon and Porto between 26 and 29 March 2014, and brought together 22 designers and 17 brands in 28 fashion shows that unveiled Autumn/Winter 2014/15 collections.

If Lisbon has had a reasonably successful fashion week that has been running for decades owing to sponsorship agreements, Portugal Fashion uses Portuguese and European Union private and public funds to promote not only some of the designers that regularly show in the Portuguese capital but also, and rather importantly, to allow many budding labels to exhibit their collections in Lisbon, Porto, and internationally in São Paulo, London and Paris. “Portugal Fashion was originally based exclusively in Porto; however, over the past few seasons, we felt that it was important for visitors to the event to be able to see what Lisbon offered too; hence starting there on the first day before heading to Porto” a spokesperson for ANJE explained.

The first day saw Storytailors, João Melo Costa and Alves/Gonçalves showing their collections in the Portuguese capital. Of the three fashion labels, it was the young Melo Costa (whose pieces had been shown during London Fashion Week just a few weeks before) who stood out, with a well-edited collection featuring inquisitively youthful silhouettes and comprising garments made from noble fabrics and adorned with seductive embellishments.

On the second day of Portugal Fashion, and after a three-hour bus journey to Porto (Portugal’s second biggest city after Lisbon), over 100 journalists, buyers and agents were able to witness the collections by Julio Turcato, Luis Buchinho, Daniela Barros, Hugo Costa, and Anabela Baldaque in the environs of Porto’s Customs House, the majestic building designed by French architect Jean Colson and inaugurated in 1869. If Baldaque charmed for drawing inspiration from Swinging London and late 1960s womenswear shapes and patterns, Hugo Costa’s menswear collection (presented under the moniker ‘Bushido’ as an homage to Japanese culture) shone for its accomplished urban and cosmopolitan sartorial tropes, with strong examples of footwear and backpacks to match. 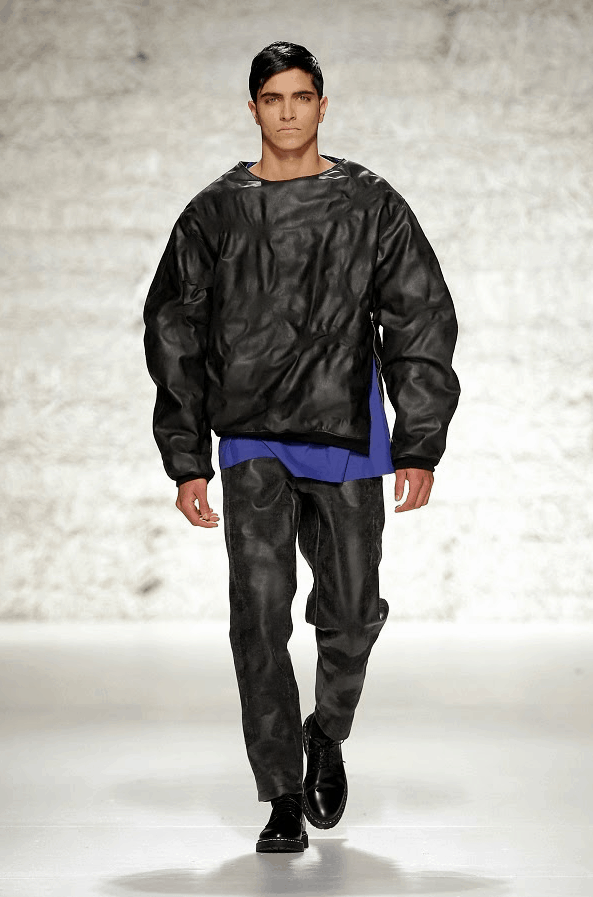 On 28 March, Susana Bettencourt, Estelita Mendonça, Carla Pontes, Katty Xiomara, Diogo Miranda, Mafalda Fonseca, Teresa Martins, Carlos Couto, and Fátima Lopes had the chance to show their designs in the busiest day of the showcase. Perhaps the most international of this cohort, Lopes unveiled a collection that relied on formal structures and dialectic approaches to silhouettes that balanced geometries and lines throughout a crafted range of pieces. On the opposite scale, Miranda opted for a classically elegant collection redolent of Christian Dior’s New look and suggesting the influence of some of Yves Saint Laurent’s early designs. In menswear, João Pedro Estelita Mendonça stood out for his innovative fabrics and deconstructed menswear lines.

The last day of Portugal Fashion Autumn/Winter 2014 focussed on presenting commercial ranges of ready-to-wear, accessories and footwear, areas where Portugal has been revealing some solid accomplished successes over the last two or three years by relying on an investment in collaborations with young designers. Miguel Vieira, whose creations have been recognised in Portugal and abroad particularly over the last decade, closed the event with a series of looks anchored by tubular forms made possible by accentuating waists, slumping shoulders and balancing oversized and fitted garments.

However, the collection that stood out for all the right reasons was the one that Teresa Martins conceived for her label TM Collection. Through an intelligent and critical questioning of ethnicity and Portuguese folklore, Martins engendered a range of garments that, when examined beyond the styling and presentation format, revealed elegant details such as painstakingly pleated skirts and blouses, as well as embroidered coats and bags. Voluminous garments and scarves contrasted with fitted pants, and noble gold jewellery pieces were juxtaposed with heavy urban footwear. Ultimately, this was a collection that summed up the unique aesthetic mark that young Portuguese designers have been making on the international fashion arena; one that, despite its genteel level of influence, undoubtedly deserves a closer look. 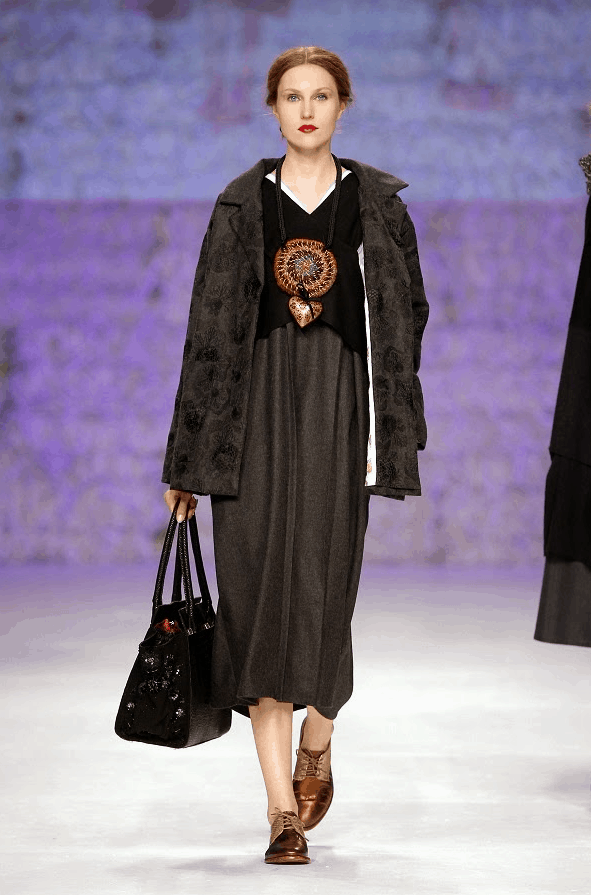 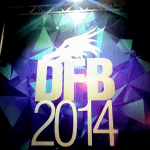 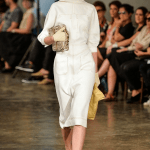