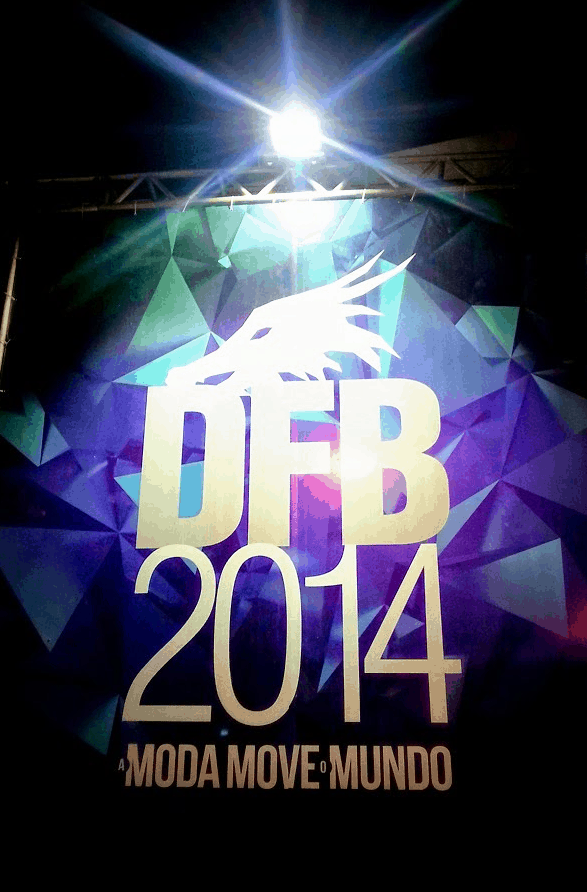 Brazil’s history has it that on 27 January 1881, and after two decades of witnessing the cruelty derived from the pervading slave trade while working in the port of Fortaleza, Francisco José do Nascimento gathered a few of his fellow workers and refused to ferry black slaves imprisoned on the mainland to the moored ships scheduled to carry them to other parts of Brazil. His legendary braveness over the following three days not only blocked many other activities in the port, but also contributed to the abolitionist movement in Ceará (the first state to officially eradicate slavery in Brazil in 1884) and garnered him the legendary title of ‘O Dragão do Mar (“Dragon of the Seas”). As a way to pay homage to his actions, in 1999 the city of Fortaleza inaugurated the ‘Centro Dragão do Mar de Arte e Cultura’, which remains one of Brazil’s largest cultural and educational complexes to date.

In the year it opened, and as part of its cultural outreach programme, the Dragão do Mar centre featured the first ever edition of Dragão Fashion Brasil. Organised every year since then by Claudio Silveira with the financial support from commercial partners and local and national government authorities (including the Federal Government of the region of Ceará and the Brazilian Ministry of Culture), the event serves not only as a platform for new and established fashion designers to show their creations, but also entails a public series of lectures, debates, performances, seminars and practical workshops about the importance of fashion and associated creative industries. Anchored by an eclectic creative curatorial intent that is also practical and educational in its purpose, as it celebrated its 15th anniversary in 2014, Dragão Fashion Brasil confirmed its unique role in the global landscape of fashion events. 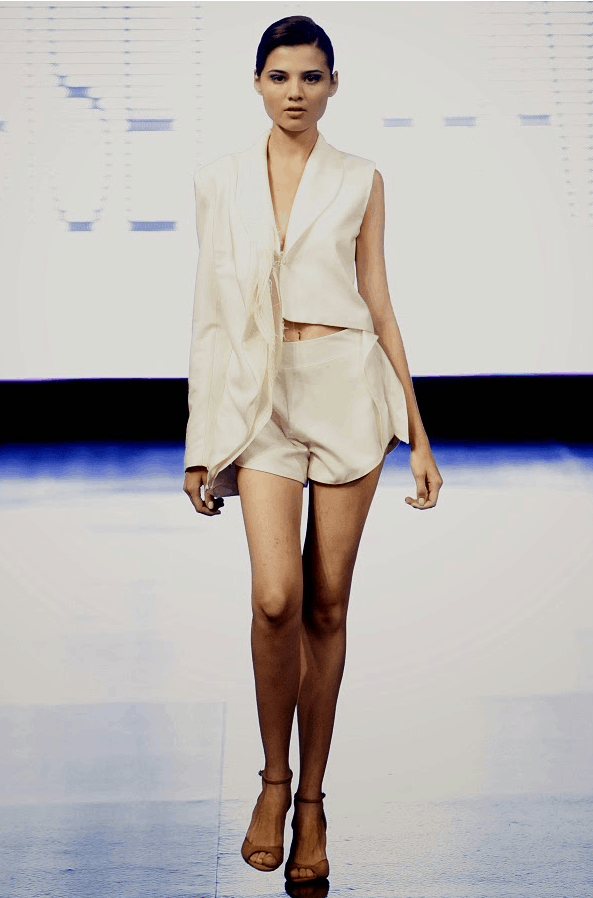 Between 23 and 27 April, over 45,000 participants made the most of the 2014 Dragão Fashion Brasil by attending at least one of the 40 runway shows where Brazilian and international designers and fashion graduates showed their latest collections, as well as taking part in dozens of presentations and hands-on activities. In addition, the showcase also involved the region’s buoyant manufacturing industry (which includes some of the largest fabric and clothing factories in the world, responsible for employing 115,000 people, producing 116,000 tonnes of fabric, and making 600 million garments a year) in the form of sponsorships and collaborations with emerging designers.

If most fashion creations displayed in the Dragão do Mar complex in the bustling centre of Fortaleza demonstrated interesting treatments of experimental concepts, when it came to their developmental process and direction of execution, proficiency levels unsurprisingly varied. However, a large number of brands stood out for their accomplished results and for demonstrating the benefits of quality and creativity to the betterment of society.

In womenswear, the reinterpretation of a traditional ultra-feminine perspective of fashion could be observed in the collections proposed by Kalil Nepomuceno and Ivanildo Nunes. In their designs, long voluminous evening dresses featured layers of chiffon and lace and the silhouettes were overall accentuated in voluptuous hourglass shapes. Drawing from this principle, but allowing a more dynamic fluidity generated by ornamented fabrics, Lino Villaventura presented a collection with a dramatic colour palette that combined dark earthy tones with off-whites, and print came in the form of ombré gradients, abstract florals and animal skin prints. And, in typical Villaventura fashion, large pleats, bejewelled pins and beaded stitching provided textured contours by manipulating the layering and hanging direction of delicate fabrics such as gauze and silk.

London-based Italian designer Nico Didonna accepted the invitation made by the organisers of Dragão Fashion Brasil and presented a collection underpinned by the notion of wrapping. Plain off-white, royal blue, red, anthracite or hand-painted dresses made from jersey, viscose, or crepe highlighted the natural curves of the body while adjusting to, rather than shaping, the silhouette. Also playing a key role in this broad category, Mark Greiner and Roberto Dias worked together on a unique contemporary reinterpretation of local folklore that relied on strong original touches such as highly structured shoulders and a good treatment of noble fabrics (including chiffons, soft leathers and jacquards), even if, at stages, the final results were let down by the actual styling of the runway presentation.

However, it was when designers opted for exploring minimal lines and structured silhouettes that womenswear collections were at their most successful during the 2014 edition of Dragão Fashion Brasil. In this sense, Vitorino Campos’s fusion of streetwear tailoring with luxurious fabrics (unveiled just a few weeks earlier during São Paulo Fashion Week), Carol Barreto’s asymmetrically fastened garments and structured cuts (that contrasted with oversized crocheted jewellery pieces), Jefferson Ribeiro’s geometric exercises in an elegant colour palette of white, lemon and crimson, and Gisela Franck’s deconstructed garments made from soft fabrics with applications of collage-like layers all contributed a new vocabulary towards the lexicon of Brazilian women’s fashion.

In menswear, the most accomplished collection was the one that guest designer Nuno Gama presented on the very last day. Well-established in his native Portugal (where he founded his eponymous label in 1991), Gama chose to exhibit and edited version of his Autumn/Winter 2014 collection, where textures and rich materials (including fox fur, snakeskin, astrakhan, leather and thick wools) provided the material frame to extremely fitted cuts.

Currently enrolled in Milan’s Istituto Marangoni, young designer Jonathan Scarpari took a break from his fashion studies to return to his native Brazil and show his latest collection during Dragão Fashion Brasil. Entitled ‘B-24’, the collection drew inspiration from the idea of incorporating the genetic code into the design of unique garments in order to highlight the importance of individuality. This was achieved by working fabrics such as softened leather through hand-woven three-dimensional houndstooth patterns. In addition, Brazilian and Italian cool wool and organic silk were used in fitted tops, tailored shirts, jackets, trousers, and overalls that showed the influence of recent menswear designs by the likes of J.W. Anderson while audaciously and confidently attempting to push forward the boundaries of conventional tailoring.

Rather than focussing on a single collection, like most designers opted to do in Fortaleza, renowned Brazilian menswear designer Mario Queiroz showed 27 looks that he had designed throughout his 18-year-old career, ranging from conventional suiting and casual staples to more confidently daring kaftans, sleeveless jumpsuits, gold shorts, and sequined espadrilles. Pushing the boundaries quite a few steps further, Weider Silveiro and Jadson Raniere displayed the collection that they presented to inaugurate their label 2|Dois in October 2013. Both alumni of the São Paulo-based creative platform Casa de Criadores, Silveiro and Raniere investigated the potential of deconstructed tailoring, androgynous identities, and the influence of 1980s Japanese designers in details such as exposed stitching and frayed fabrics, elongated sleeves balancing cropped waist lines, oversized leather biker jackets, and abstract patterns supposedly inspired by the futuristic graphic artwork created by Peter Saville for Joy Division’s 1979 album ‘Unknown Pleasures’.

When asked to describe 2|Dois to Brazilian followers of fashion, Silveiro and Raniere declared that they hoped it would be ‘a breath of fresh air in a market typified by sameness.’ As their runway show finished and the audience applauded with resounding excitement, there was little doubt that their words would also be most suitable to describe what Dragão Fashion Brasil has achieved over 15 years, and the exciting developments that Brazilian fashion has in store for many more years to come.