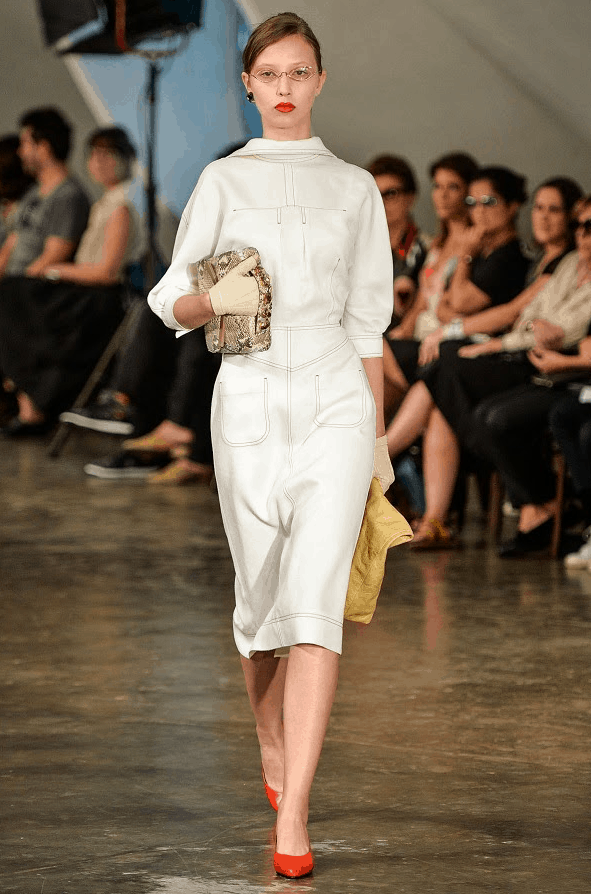 According to the notes issued to journalists to introduce his Spring/Summer 2014/15 womenswear collection, Brazilian fashion designer Alexandre Herchcovitch claimed to have found inspiration to develop it by looking into how Marilyn Monroe was depicted throughout her career and after her death. However, rather than focussing on the customary representations of the American actress as the quintessential sex symbol of the twentieth century, Herchcovitch succeeded in also capturing Marilyn as the avid reader she was, in an all-encompassing reinterpretation of late 1950s and early 1960s femininity that ranged from the bookish intellectual to the seductress. 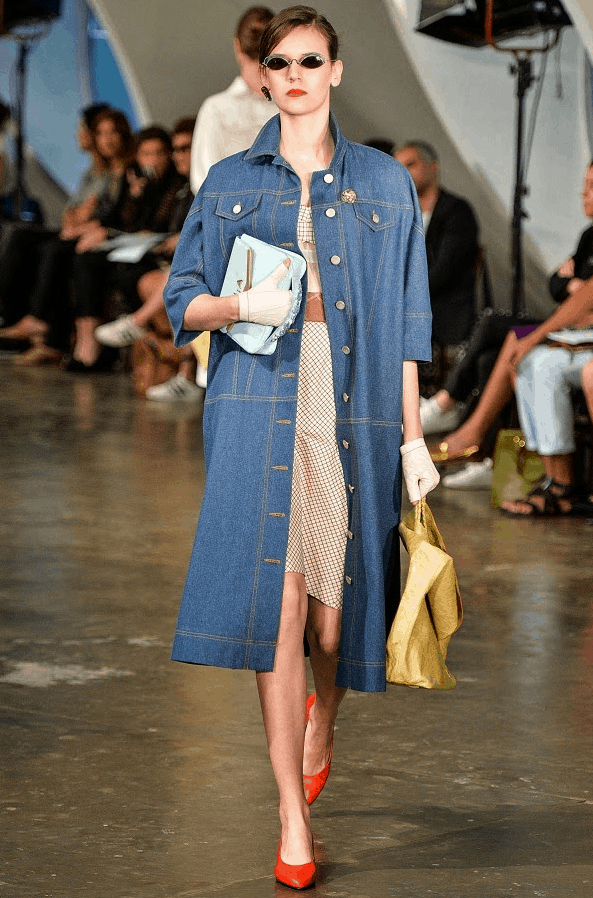 Unveiled on 1 April 2014, the second day of the latest edition of São Paulo Fashion Week, within the environs of the Oca building (a majestic example of modernist architecture in the cultural complex of São Paulo’s lush Ibirapuera Park), Herchcovitch’s latest womenswear offering was, in fact, a tribute to the manifold personalities of Marilyn that included the young woman who was fond of reading Saul Bellow, Albert Camus, Heinrich Heine, Ernest Hemingway, James Joyce, Thomas Mann, Marcel Proust, and Walt Whitman; who counted Truman Capote and Isak Dinesen amongst her friends; and who married playwright Arthur Miller. This facet of Marilyn was translated into a series of college-girl looks featuring models walking the runway clutching books and wearing glasses. In contrast, exuberant portraits of sensual femininity were playfully and confidently engendered in figure-hugging silhouettes manifest in dresses with oversized bows, stole-like sleeves, waist lines cinched by belts of variable widths, and elegantly cut collars and shoulder lines.

Mirroring this duality of feminine existence that the mid-twentieth century informed for generations of women to come, fabrics came in a diverse plethora of materials such as linen, cotton, leather, wool, embroidered organza, crepe, duchess satin, rustic silk, gabardine, denim, silk cashmere, crochet, Tyvek, textured vinyl, neoprene, and latex. Similarly, the colour palette ranged from shades often associated with innocence (such as pink, light blue, coral and off-white) to sensual glistening blacks and vivid dark blues. A range of elegant pointed-toe and platform pumps, as well as folded clutches, baguettes and tote bags complemented what will undoubtedly go down in the history of Brazilian fashion as one of the most accomplished collections created by the inquisitively talented mind of Alexandre Herchcovitch. 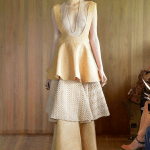