One of my all-time favourite menswear labels, the Korean-born and Paris-based Wooyoungmi, hosted the official inauguration party for their flagship store in Paris on 16 January 2014 alongside the official calendar of Paris men’s fashion week for Autumn/Winter 2014 collections, even though the boutique had been trading publicly for three months. Located on rue Saint Claude in the borders of the Marais and off the boulevard Bonmarchais, the 266 square-meter store was designed by Abstrakt Architecture following the utilitarian function and minimal (albeit discreetly elegant) design of an art gallery in order to reflect Wooyoungmi’s anchoring creative ethos and development of conceptual synergies between fashion, design, art and architecture.

Designer Woo Young Mi adopted Paris as her sartorial home and the location for her eponymous label after showing a collection there in 2002, and following a successful career in Seoul developed initially on her own and later in collaboration with her sister Woo Jang Hee. In just over a decade, Wooyoungmi garnered a series of important accolades within the international fashion industry, including being made a full member of the French fashion association La Chambre Syndicale in 2011, and developing a network of 46 prestigious retailers that sell their creations in 17 countries spread across the globe. 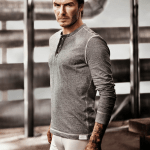 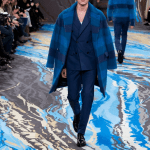 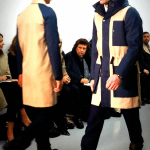