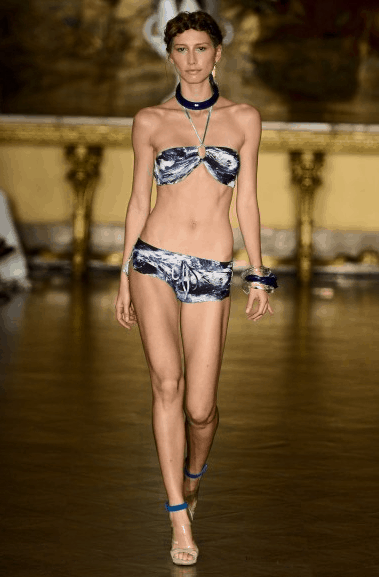 Brazilian beachwear label Blue Man unveiled its Spring/Summer 2014 collection in the lush and luxurious surroundings of Palácio São Clemente in the Botafogo neighbourhood of Rio de Janeiro during Fashion Rio on 16 April 2013. The venue for the runway show, a palace that was built in the eighteenth century as the residency of a Portuguese aristocratic family and now houses the Portuguese consulate, is a veritable majestic example of the Tropical Baroque aesthetic and a most adroit setting for Blue Man’s seductive collection.

Under the creative direction of Thomaz and Sharon Azulay (whose father David Azulay founded the label in the early 1970s by selling the original – and now iconic – side-tied bikini), the collection explored the combination of typically Brazilian fauna and flora with Baroque ornaments found in Portuguese tiles and palace architecture as a reflection of the historical period when the Portuguese court settled in Brazil to escape the Napoleonic invasions and made Rio de Janeiro the capital of the empire. The result achieved by Blue Man was an exciting range of swimwear, beachwear, footwear and accessories in bright colours and detailed patterns that, while combining Rio urban beach culture and historical references, will undoubtedly prove to become popular when they hit the stores later in the year.

For Spring/Summer 2014, Blue Man promises fluid pieces in transparent silk for lounging on the beach or by the pool that contrast with structured shoulder and waist lines in bathing suits, shirts and dresses. The influence of Hawaiian surf prints and the brand’s seminal relaxed approach to swimwear can be noticed in frayed denim bikinis and in bodysuits with vivid colours and patterns. And to anchor the lighter fabrics and cheerful designs, Lycra, denim and neoprene provide a successful balance to a collection that had the audience delirious and looking forward to another hot Rio Summer. 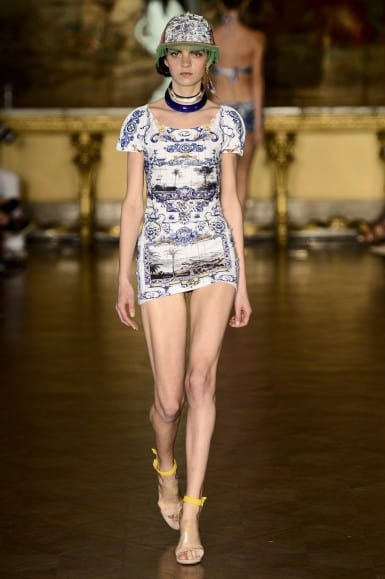 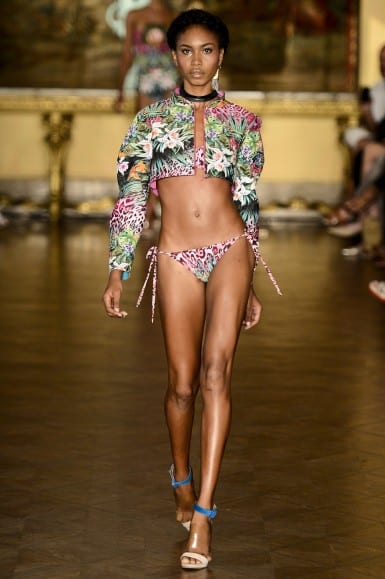 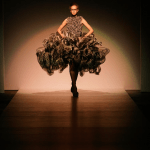 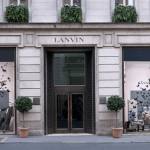