Austrian architecture practice Coop Himmelb(l)au has completed the Dalian International Conference Center in China. Located by the harbour in the city of Dalian (located in the southernmost part of the Liaodong Peninsula in the Liaoning Province), the building features a sweeping, faceted facade and, on the inside, a 1600-seat theatre and concert hall, a primary conference room for up to 2500 delegates (that can be turned into a banqueting hall, an exhibition gallery or extra seating for the concert hall), and six additional conference spaces whose capacity varies between 300 and 600 seats.

Coop Himmelb(l)au won the competition to design the Dalian International Conference Centre in 2008. Construction began later in 2012 and involved the help of shipbuilders, who were brought in to bend the massive steel plates of the outer shell. The building, conceived as a landmark for the developing district outside the densely populated centre, intends to be a major architectural gesture in the burgeoning area, which will include a cruise terminal and cultural complex in the future. 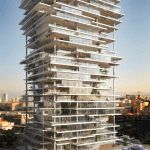 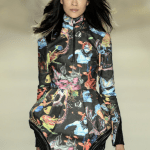 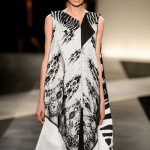