Originating from Bruges, in Belgium, Glenn Martens studied Fashion at the Royal Academy of Fine Arts in Antwerp. Upon graduating top of his class in 2008, he moved to Paris after being recruited by Jean Paul Gaultier’s team to work as junior designer for the women’s pre-collection and for the label’s G2 men’s ranges.

In 2010, and after a period as first assistant to designer Yohan Serfaty, Martens decided to start working independently on various projects in partnership with several European brands (including Weekday and Honest By Bruno Pieters), and in February 2012 he launched his eponymous label with an inaugural womenswear collection shown during Paris Fashion week. Characterized by graphic tailoring woven into elegant architectural shapes, the collection received overwhelming praise by journalists. Vogue Italia described it as “a spectacle of volumes rendered even more captivating by a play on the layering”, WWD summed it up as a “unique debut effort that brims with potential”, and Interview Magazine noted that “couture-level attention to details exemplify a refined approach to easy, feminine dressing”. 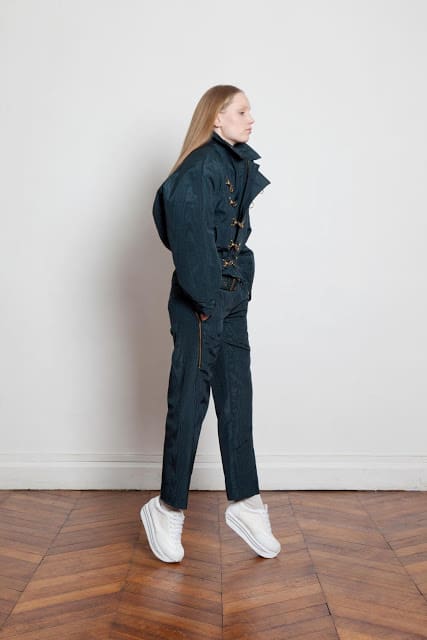 At The Style Examiner, we concur that Martens’s inaugural collection is an extremely promising one. What on an initial view come across as seemingly slouchy clothes are, on closer inspection, garments created out of very proficient and elegant pattern cutting and multi-layering of luxurious fabrics in a process that seeks inspiration in architecture to reinterpret traditional proportions. We have no doubt that Glenn Martens will most certainly become a womenswear label to watch. 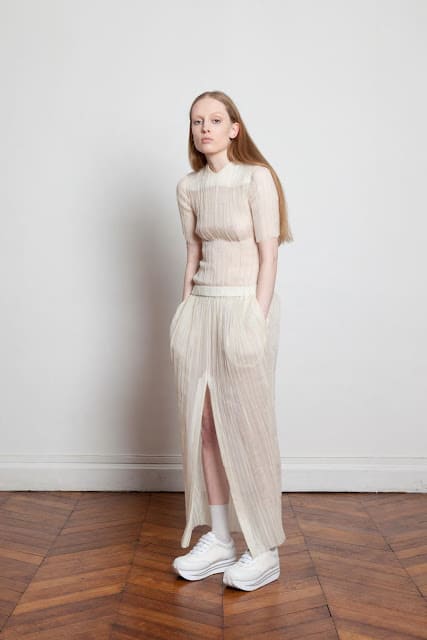 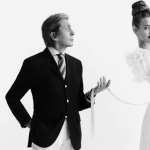 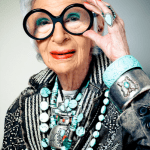