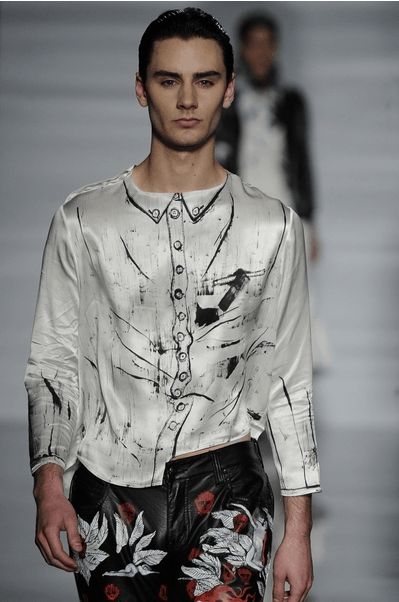 On 24 May 2012, The Style Examiner joined some 500 guests in the seductively cavernous space of the Ambika P3 venue in central London to witness the University of Westminster’s fashion graduates runway show and get a glimpse of the future from the front row. If there was one shared understanding by all present after the last model returned backstage at the end of the show, it was that the spirit of postmodernism has pervaded fashion education and is, in fact, far from dead in the sartorial world.

In the ways in which they purposefully mixed textures, colours and techniques, the 18 students selected to showcase their collections revealed a resolute appreciation for the postmodern sensibility. However, if there was little doubt that these students have demonstrated promising originality and the potential to be technically polished, the collections that took to the runway suggested that they could have benefitted from engaging with their tutors to obtain a stronger sense of creative and professional direction.

Furthermore, it was clear from reading the students’ biographies in the impressive catalogue that their work experience with established designers had strongly anchored their creativity and dictated what would be produced for their inaugural collections. In this sense, the influence of past creations by the likes of Meadham Kirchhoff or Jeremy Scott seemed to be more important than developing an original voice or accepting the academic guidance provided by tutors. And this is where the education provision and professional training of these students failed: eclectic design eccentricity, riotous experimentation with colour, texture and volumetric dimensions, and disregard for technical proficiency can be illusive symptoms of the postmodern creative fallacy insofar as they are easily mistaken by inexperienced students as being manifestations of accomplished originality. These young graduates need to understand that nothing can be further from the truth if they are to make it in the highly competitive world of fashion. 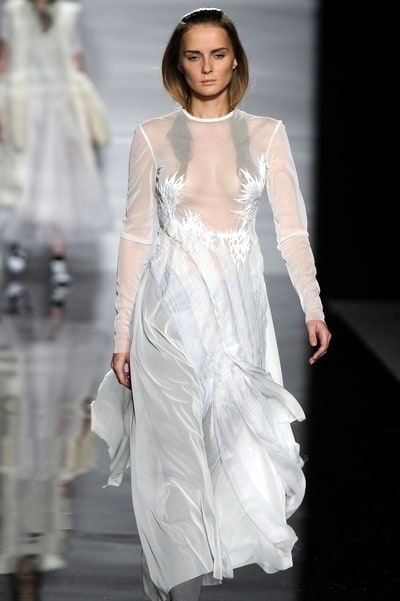 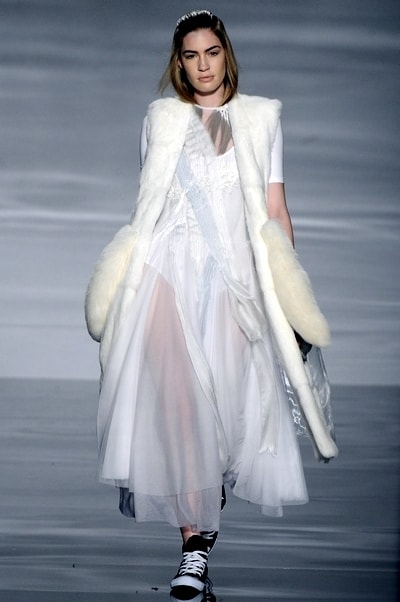 To start with, there was a perception that students had been either left to experiment with fabrics and techniques without a clear idea of what their design premises were or felt that ignoring advice from their tutors would be the best way forward. Faced with this, it must have been tempting for some students to seek inspiration in the creations of the designers with whom they developed their work experience. As such, it was easy for the audience to see that colourful fur boas on top of mixed fabrics or gypsy-cum-milkmaid looks owed their existence to Meadham Kirchhoff in the same way that tight-fitting trousers contrasting with wide angular tops made of thick grey wool or leather found their inspiration in Todd Lynn’s studio. Moreover, in some cases there was an evident lack of attention to final detail, such as fraying from badly laser-cut fabrics or poor stitching, that is difficult to excuse in a runway show that displays collections to important fashion journalists and buyers.

In spite of this postmodern acquiescence that all fashion is fashion even if it stems from the production of derivative designs and producing badly structured garments, a few students still shone through and proved that the fashion course at the University of Westminster produces some of the strongest future designers in the UK.

Catherine Bell’s collection worked texture through experimental layering and pleating of sheer fabrics enriched with embroidery and beading in order to reveal the inspiration of an arctic landscape of broken ice and crystal formations. Garments in pure white and off white shades, made of thick wool and fur, weighed down elegant chiffon dresses in one of the most accomplished collections on the runway.

Charlotte Righton chose to parade her clothes to an adroitly chosen Judy Collins’s version of Joni Mitchell’s 1967 song ‘Both Sides, Now’. The garments mixed dress design features from the early twentieth century, such as pleated and flowing chiffon, with 1980s and 1990s trends (namely rubber sandals or silver bomber jackets) to explore exaggerated notions of femininity in a playful and inquisitive manner.

The most accomplished collection of the show was designed and produced by Claire Barrow, and incorporated men’s and womenswear leather garments covered in hand-drawn designs made from acrylic paint. Barrow edited the presentation carefully and effectively by choosing to start her display with a range of black and white garments whilst slowly introducing colour. As such, the black and white pleated trousers for men and the biker jackets and asymmetric dresses for women covered in detailed drawings ended up giving way to stronger and bolder pieces including a stunning red, blue, black and white dress made of beads.

Overall, the University of Westminster’s 2012 fashion graduates revealed the strengths and weaknesses that have been making this one of the most intriguing and debated fashion schools in the UK. However, at a time when the fashion industry is relying on the conservative safety of traditional markets and global competition from international schools is high, students need, more than ever, guidance to understand the tortuous path of postmodern fashion and to find their own voices. Accepting closer direction by engaged tutors and undergoing professional experience in studios with diametrically opposite agendas to develop both creative and commercial skills could be a way to start. 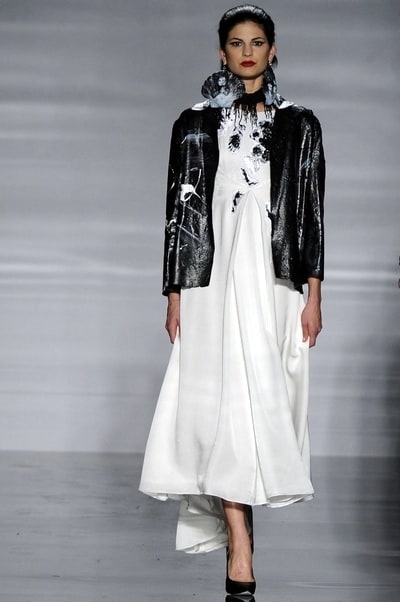 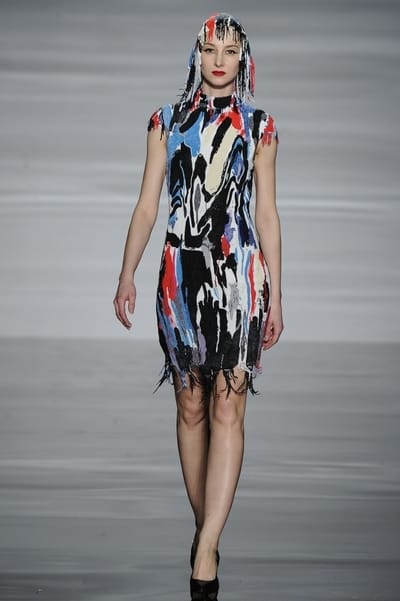