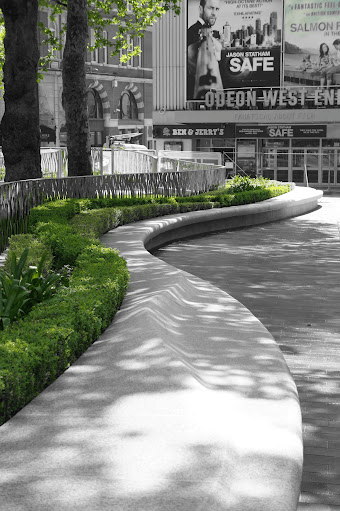 After months of refurbishment work, Leicester Square, renowned for hosting world-class film festivals and premieres in the heart of London, unveiled a new look at a red-carpet event on 23 May attended by a bevy of local government politicos, including the Mayor of London, Boris Johnson. The redesigned square is expected to cement its reputation as the most important UK venue to celebrate the cinema industry while becoming an attractive socialising location for Londoners and tourists.

The refurbishment by architects Burns + Nice features more than 12,000 square metres of new granite paving across the square, its gardens and side streets to create a coherent new look. Outside the perimeter of the existing square there is a new 200-metre white granite ribbon which provides an extra tier of seating for people to stop and rest or enjoy the setting. New gates and stainless steel railings (whose mirrored surfaces reflect grass areas and generate an overall feel of openness) have been added to enhance the visual experience of the newly landscaped gardens.

A new water feature which uses recycled water to send 42 jets of water two metres into the air surrounds the central Shakespeare Statue. In order to create an attractive appearance and also ensure that users feel safe at night, all trees in Leicester Square have been fitted with uplighters. 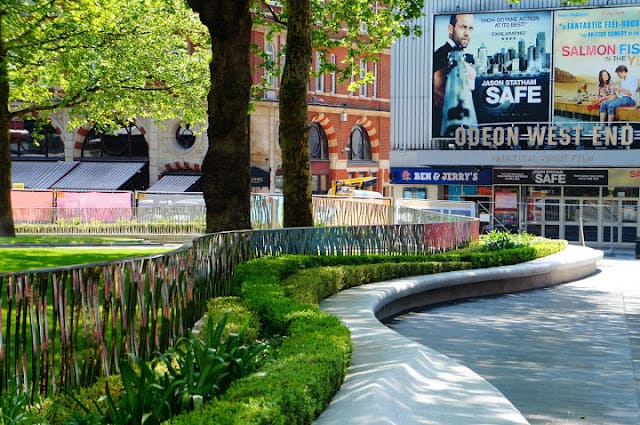 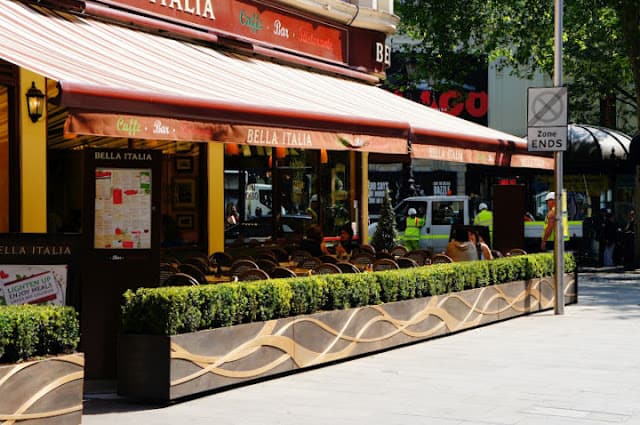 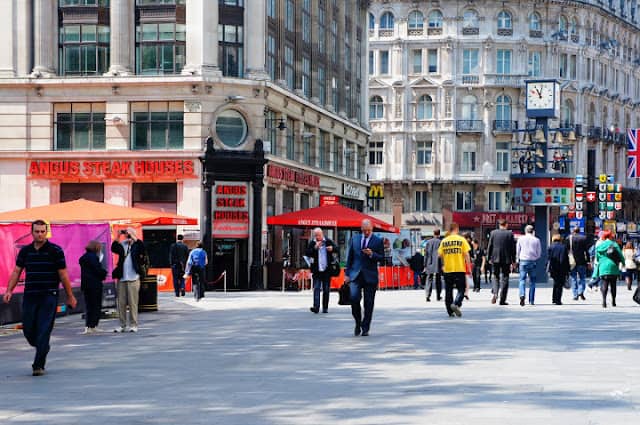 Hidden away below ground is renewed infrastructure developed to support the technological needs for all kinds of events expected for the square. Power access points will eliminate the need for bulky, noisy generators and the underground public toilets have also been refurbished.

Leicester Square currently has the highest footfall in Europe, with over 240,000 people passing through the area daily. The redevelopment, which cost £15.3 million, is one of the largest public building projects recently undertaken in the British capital and has taken 17 months to complete.

The works have played a key role in attracting major investment in the area, with international companies such as the W London hotel and American confectionary giant M&M’s World® London choosing Leicester Square for their flagship establishments. A new Hippodrome mega casino (expected to be the biggest casino in the UK) is also due to open in June following a multi-million pound investment. 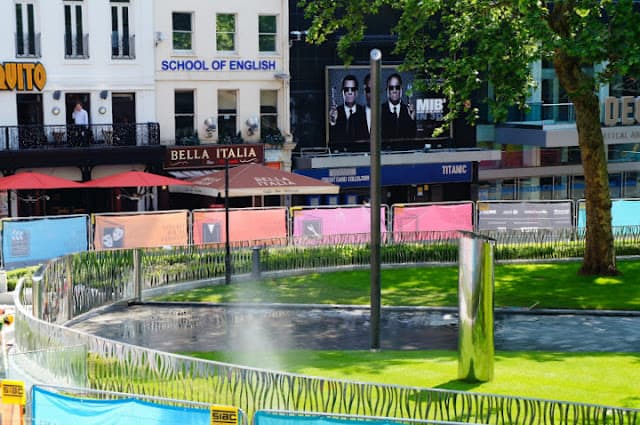