Danish architects BIG have unveiled designs for a new building in Seoul, Korea, inspired by the shape of a hash tag. The residential block will offer over 600 high-end apartments and amenities, including a library, gallery space and a kindergarten.

The proposal for the 21,000 square metre site was made as part of a competition that involved 19 other international architecture offices (including SOM, Dominique Perrault, REX and MVRDV) for the Yongsan International Business District. This area of the Han riverfront was masterplanned by New York architects Studio Libeskind to become a new commercial, cultural and residential centre in the Korean capital.

BIG’s design includes two towers measuring 214 and 204 metres. To meet the height requirements of the site, the exceeding building mass is transformed into an upper and lower horizontal bar, which bridge the two towers at 140 metre and 70 metre height forming the distinct “#” figure on the skyline. The two towers are additionally connected through the arrival bar at the ground level and through a courtyard below ground. 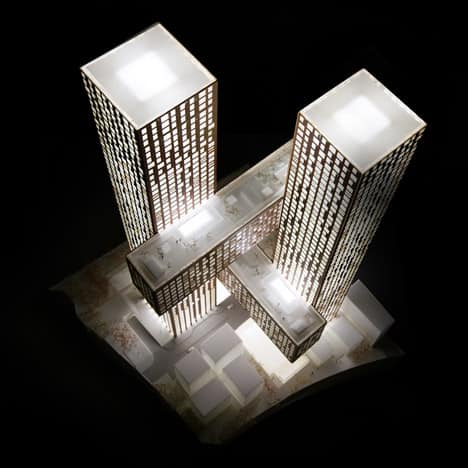 The connecting bridges are landscaped and equipped for a variety of activities traditionally restricted to the ground in order to address the demands and desires of different residents, age groups and cultures. As such, both the upper and lower bridge include rooftop sky gardens accessible to residents, allowing for outdoor activities, while a courtyard at the heart of the development becomes an integral part of the overall architectural design. Ultimately, the design not only triples the amount of ground floor but it also triples the amount of social interaction and reintroduces the idea of neighbourhood within the tower complex. 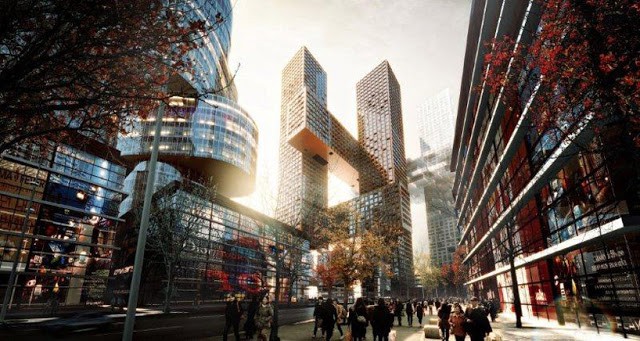 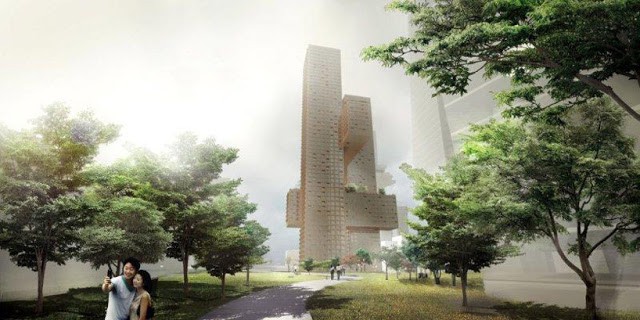 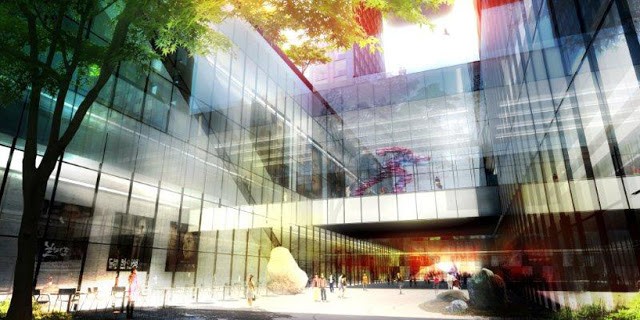