For men, women’s love affair with shoes has been perceived throughout history as a bewildering territory where perplexity and fascination have played equal parts in painting the landscapes of style. When men ask women why they love shoes, the answers can be anything but straightforward or satisfactory to satiate male curiosity. Quite often, the beauty and style of shoes seem to illustrate their self-evident status, as if their mere existence justifies their importance. In the world according to this female gaze, shoes are important simply because they are fabulous. 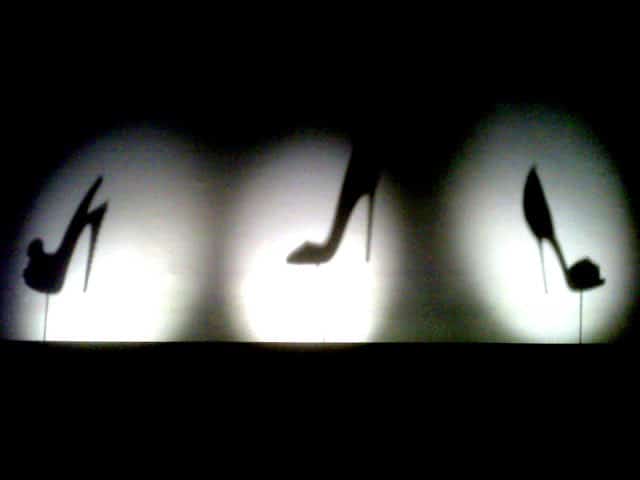 Women do look at their shoes with passion. But they also look at other women’s and at men’s as objects that reflect taste and personality. Quite often, they collect them fervently: Anna dello Russo, the eccentric editor at large of Vogue Japan, has admitted to having over 4,000 pairs and needing an entire second apartment to house them alongside her equally gigantic collection of clothes.

Furthermore, the more dramatic the shoe the greater the female following it seems to gather. Not to mention that the act of collecting this kind of elaborate item in great quantities may be indicative of a bigger collective malaise: as some psychological studies have suggested, owning a large number of shoes can reveal a woman’s feelings of inadequacy when compared to other women, or when rating and assessing her roles in society.

If very few men have been granted access into understanding this realm, Christian Louboutin has, through his designs for outstanding footwear for women, managed to unravel the secret of desirable footwear for women. In a career that has spanned 20 years, Louboutin has applied the knowledge of the female psyche that he acquired over his formative years with great success. According to Louboutin, a distant father figure was replaced by a female-dominated world where a mother and three sisters did not hesitate to share their intimate secrets and style needs and tips with the young Christian. He confessed that he became aware, from an early age, that high heels are important to women as he no woman wants her legs to be shorter. In addition, when designing his shoes he pictured women naked, not out of lust but bearing in mind how shoes can contribute to flatter the female silhouette.

Over 20 years, Louboutin has designed glamorous shoes that have blessed the feet of numerous women with their instantly recognisable red soles. His footwear, described as a fusion of fashion, craftsmanship, engineering and sculpture, stem from an appreciation for artistry and theatricality that started when, as a young apprentice, he worked surrounded by showgirls during his internships at Paris’ renowned music hall Folies Bergère. Since then, he has always been guided by this flair for the glamorous and the dramatic when designing his footwear creations, from stilettos to lace-up boots, from studded sneakers to bejewelled pumps. 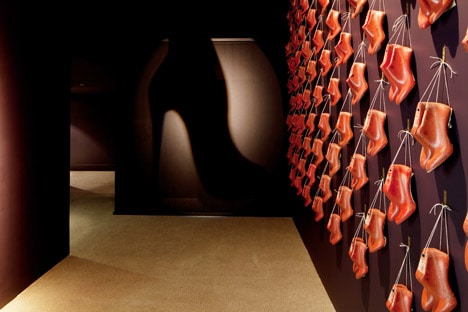 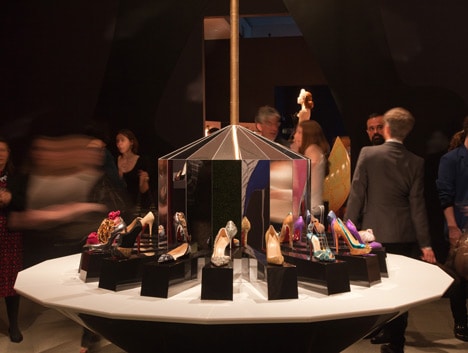 Drawing from Christian Louboutin’s personal archive, an exhibition currently on display at London‘s Design Museum celebrates his shoe designs by exploring the themes that inspired the designer, including the origins of the iconic red sole, through to the latest collections including a range for men as well as handbags. At the core of the exhibition there is an intimate exploration of Louboutin’s design and manufacturing process, taking the visitor through every stage of the design journey, revealing how a shoe is constructed, from the initial drawing and first prototype through to production in the factory. Looking beyond design and production, the exhibition explores the company’s innovative stores design in which Louboutin has been closely involved since he opened his first shop in Paris in 1991.

Superbly designed by retailer design consultancy Household after working closely with Louboutin, the exhibition is divided into several thematic sections, such as Shadow, Fetish, Travel, Transparency, Architecture, and Entertainment. In addition, a movie theatre shows films, and Louboutin’s atelier is extraordinarily recreated to great detail in the section The Construction of a Shoe, allowing a glimpse of the hectic creative process. However, it’s the central Showtime area, shaped like a shoe, that seduces viewers the most. At the heel, a stunning three-dimension holographic installation portrays ‘queen of burlesque’ Dita Von Teese dancing in, and surrounded by Louboutin shoes; whereas the point of the shoe serves as a seating area to admire the exhibition.

Whether you are a man trying to understand women’s fascination with shoes, a woman who covets a pair of Christian Louboutins, or simply someone who appreciates what lies behind the creative process and the manufacturing work that lead to producing things of beauty, this is an exhibition of an exceptional designing talent that should not be missed. 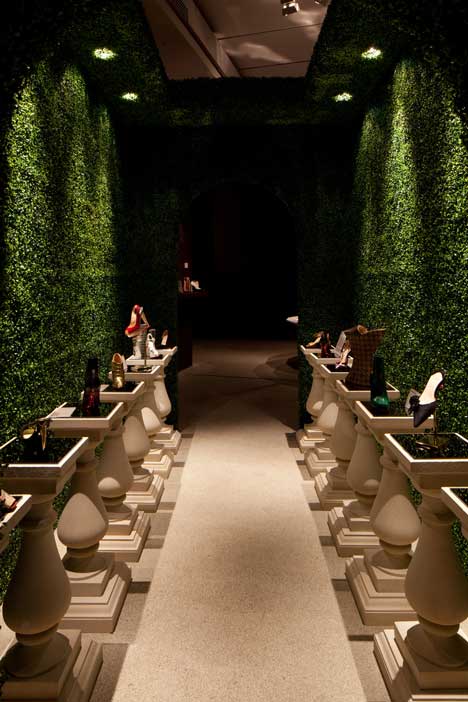