ArcelorMittal Orbit, the controversial 114.5 metre sculpture designed by Anish Kapoor and Cecil Balmond for London’s Olympic Park, has been unveiled to the public for the first time. 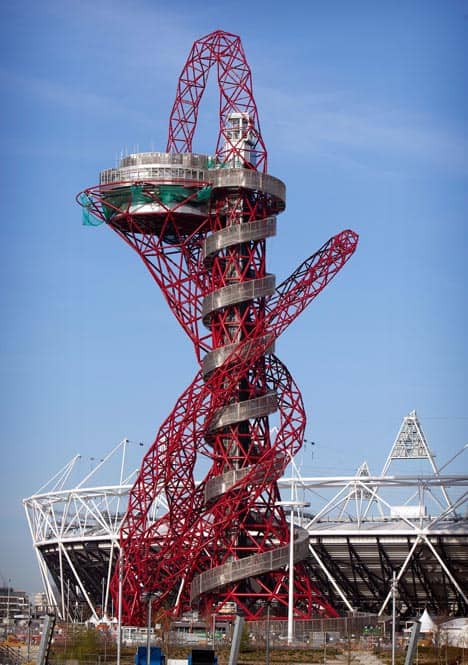 Standing 22 metres taller than New York City’s Statue of Liberty, the ArcelorMittal Orbit is the UK’s tallest sculpture. Construction of the structure took 18 months and required 560 metres of tubular red steel to form its lattice superstructure. The result is a bold statement of public art that has garnered a considerable about of criticism and divided opinions about its design.

Visitors will be able to ascend to the top of the structure in a lift, although they will be encouraged to walk down the 455 steps of the spiral staircase in order to experience the feeling that they are orbiting around the structure as they descend it.

After the 2012 Olympic and Paralympic Games and following a period of transformation, the Legacy Corporation will run the ArcelorMittal Orbit as a visitor attraction with ticketed viewing from the observation decks and as a venue for private functions. It will be able to accommodate around 5,000 visitors a day with potential to attract around one million people during its first year of operation.