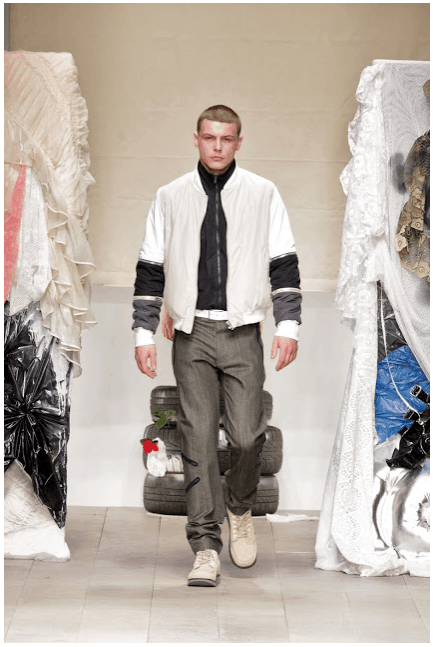 Those who attended the runway show for Christopher Shannon’s Autumn/Winter 2012 menswear collection on 23 February 2012 (as part of London Fashion Week) left with the feeling that this was undoubtedly the designer’s most accomplished collection so far. Some even felt that Shannon managed to redeem himself from the previous Spring/Summer 2012 range of clothes that had been criticised for failing to even suggest the creative and technical potential of the young designer.

Liverpool-born Shannon undertook a Masters course at Central Saint Martins College of Art & Design (where he was awarded a full scholarship from Professor Louise Wilson) and upon graduating in 2008 he received the Dunhill Menswear Award. Before studying at Saint Martins, Shannon had worked as design assistant to Richard James and spent two years on Kylie’s creative team where he collaborated with his teen fashion hero Judy Blame. Over the last few years, Shannon has refined his sportswear-orientated aesthetic whilst working on collaborative projects with Topman, Eastpak, Asos, and Reebok. He received Newgen Men sponsorship for his Autumn/Winter 2010 menswear collection, which allowed him to exhibit his designs at London Fashion Week for the first time.

Shannon has always been influenced by a council estate/ghetto/street wear aesthetic and his latest collection was no exception. He stated that the key references for his Autumn/Winter 2012 menswear comprised Mathieu Kassovitz’s gritty 1995 film La Haine (set in a Parisian banlieu), the 1998 photographic exhibition catalogue W’Happen by Jason Evans, and the analysis of European urban dress codes. However, the young designer allowed the influences of working class life in the 1990s to be translated into sartorial creativity and talent in the form of adroit combination of colours, fabrics, and careful choice of silhouettes.

The opening to the runway was decorated as a decadent tableau vivant conceived by artist Julie Verhoeven that celebrated an atmosphere of after-bachelorette party trash: body parts of live female models bathed in pink lights were surrounded by abandoned car tyres, clothes were draped over partitions, and heart-shaped balloons hang from the floor. To accentuate the atmosphere of 1990s social rebellion, the show opened to the sounds of police helicopters which gave way to songs by Sinéad O’Connor and The Talking Heads.

The silhouettes of men that followed during the next few minutes were casual and yet sharp, a development of shape and fit from previous seasons. They included Shannon’s menswear staples, such as jacquard knitwear, graphic sweatshirts and an emphasis on outerwear (including bomber jackets, parkas, and Harrington coats), whereas thick wool trousers incorporated the cut and details of tracksuit pants. The influence of sportswear (as appropriated by the Chav look) was evident in the trousers’ elasticated ankles, and in multi-zipped, bonded seam and laser cut pocket details normally found in high-performance wear.

The collection relied on a toned down palette, with predominant white, grey and black accentuated here and there with cream or blue. Fabric blocking abounded, with plain colour fabrics coexisting in the same garment or contrasting with checked patterns. The Christopher Shannon brand could also be found writ large in white words printed across garments, in a nod to 1990s typeface and notions of style. In addition, and in a playful way that blended street wear with old-fashioned high elegance, Shannon resorted to prints that simultaneously evoked the urban tribalism and historical workwear connotations displayed in bandanas and traditional Broderie Anglaise patterns and techniques.

In addition to the clothes, Shannon unveiled a new partnership with footwear makers Kickers, where the Kick Chunk boot was reworked in a variety of fabrics and colours. These completed the looks alongside Christopher Shannon-branded mittens and neck warmers. 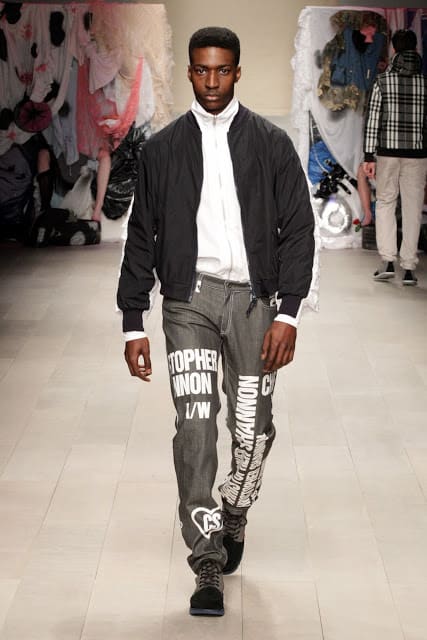 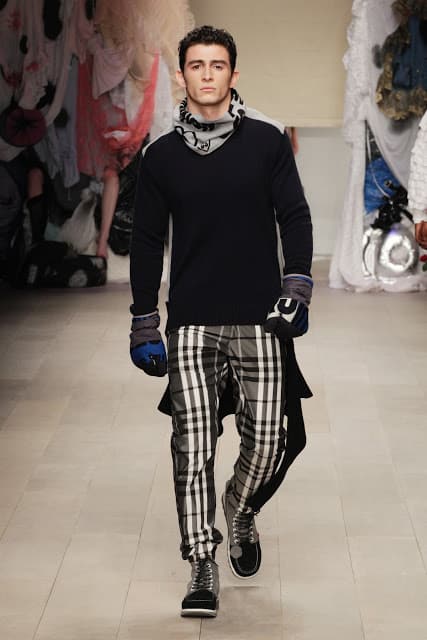 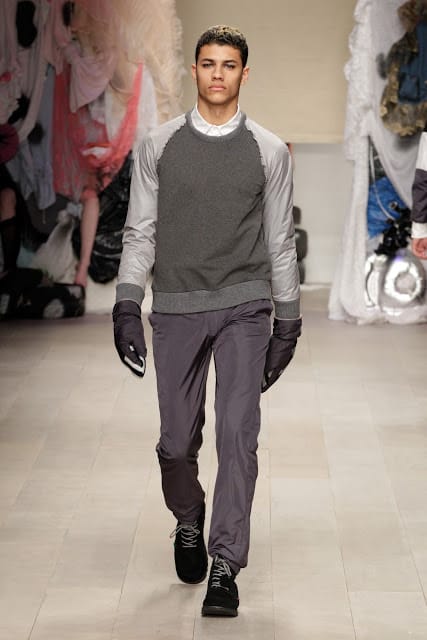 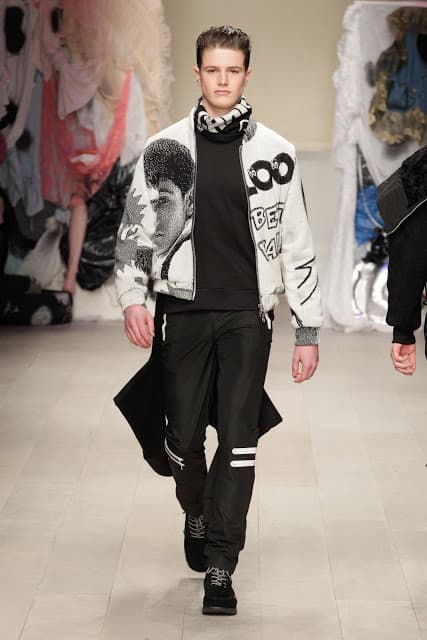 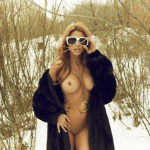