The Style Examiner > Blog > 2012/01 > David Hockney’s ‘A Bigger Picture’ Exhibition at London’s Royal Academy of Arts: Seeing the Wood for the Trees

The Royal Academy of Arts in London is currently displaying the first major exhibition in the UK of David Hockney’s landscape work. Paintings inspired by Yorkshire landscape, many large in scale and created specifically for the exhibition, are shown alongside related drawings and films. Through a selection of works spanning 50 years, the paintings are placed in the context of Hockney’s extended exploration of and fascination with landscape.

Born in Bradford in 1937, David Hockney attended Bradford School of Art before studying at the Royal College of Art in London from 1959 to 1962. His stellar reputation was established while he was still a student, and his work was featured in the exhibition Young Contemporaries, which heralded the birth of British Pop Art. He visited Los Angeles in the early 1960s and settled there soon after. He is closely associated with southern California and has produced a large body of work there over many decades.

The title of his latest exhibition at the Royal Academy, ‘A Bigger Picture’, relates not to only to the large scale of the paintings exhibited and the vast natural landscapes depicted, but it also evokes Hockney’s 1967 painting ‘A Bigger Splash’, widely accepted as the painter’s best known work. Divided into 13 sections, the exhibition addresses the various approaches that Hockney has taken towards the depiction of landscape throughout his career. 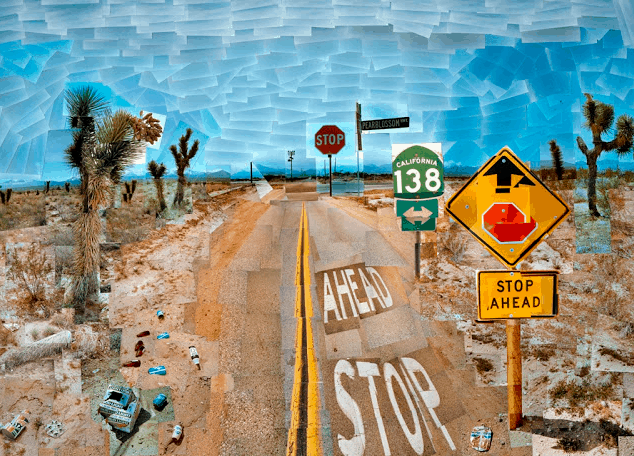 The first gallery, ‘Thixendale Trees’, introduces a number of themes that run throughout the exhibition, and establishes the Yorkshire landscape as the show’s primary subject. The exhibition then continues in a chronological order, exploring a very rich diversity of media used to depict landscapes, including oil paintings, charcoal, iPad drawings, sketchbooks, films, and photo collages, dating as early as 1956 and continuing to late 2011. Past works from national and international collections include ‘Rocky Mountains and Tired Indians’ (1965), ‘Garrowby Hill’ (1998), and ‘A Closer Grand Canyon’ (1998), a remarkable example of Hockney’s predilection for the ‘bigger picture’ of paintings made of numerous canvases put together.

The exhibition also explores themes that inspired Hockney such as the effect of time on space, as in ‘Tunnels’, a series of paintings of a farm track near Kilham in the East Riding of Yorkshire made at different times of the year to illustrate the passing of time and the cyclical nature of seasons. Other galleries portray areas such as Woldgate Woods, landscapes near the seaside town of Bridlington, or aspects of Yosemite Park in very recent work produced in October 2011. 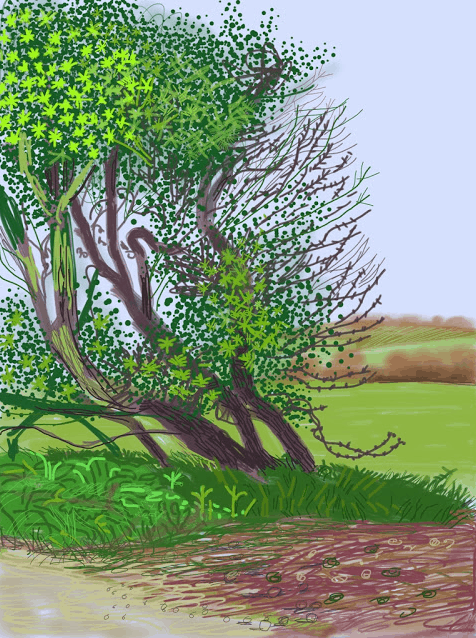 Without a doubt the most prominent and complex work of the exhibition, ‘The Arrival of Spring in Woldgate, East Yorkshire in 2011 (twenty-eleven)’ is displayed in the largest room of the Royal Academy. The 51 prints (produced in iPad) and one large painting (made up of 32 canvases) record the transition from winter through to late spring on one small road, and their grandiose and colourful display envelop the viewer in a very theatrical way, almost suggesting a dramatic opera stage set. This is a group of work that reveals Hockney’s passion for the iPad as an innovative art medium that allows a myriad of creative possibilities: he planned to print the iPad works in a larger format than the screen on which he drew them, and so identified all the adjustments of colour and form required to allow for the change of scale and medium.

This insight into the creative process (which becomes very clear in a small gallery devoted to exhibiting sketchbooks and iPads near the end of the exhibition) is present in the gallery ‘Trees and Totems’ where a series of oil paintings finished in the artist’s studio is exhibited alongside their initial versions as charcoal drawings produced on site. Hockney’s exploration of media continues in the gallery ‘Film Work’, with nine digital films made by nine cameras on a specially constructed grid mounted on the bonnet of Jeep, displayed across 18 screens put together to resemble Hockney’s multi-canvas paintings.

For those who have followed Hockney’s creative career, ‘A Bigger Picture’ can be interpreted as a nostalgic recollection of the passing of time and its effect on the memory of space. The exhibition reveals the artist’s emotional engagement with the landscape that he knew in his youth and that he has revisited since the late 1990s, as a daily examination of the changes in the seasons, and the inevitability of the circle of life.

‘David Hockney: A Bigger Picture‘ is on display at the Royal Academy of Arts in London until 9 April 2012. 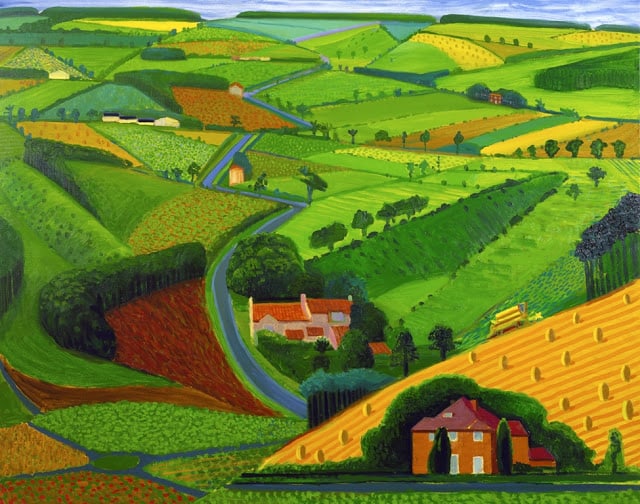 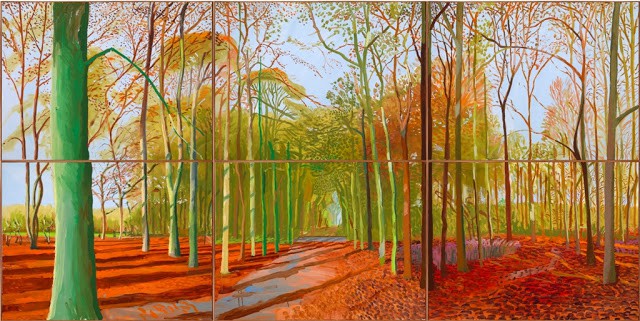 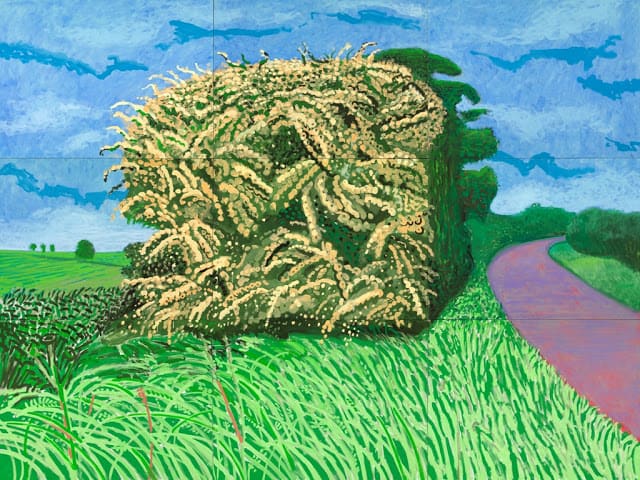 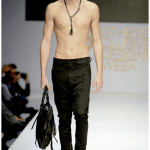 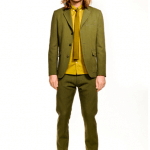 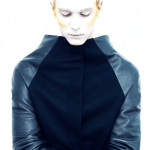