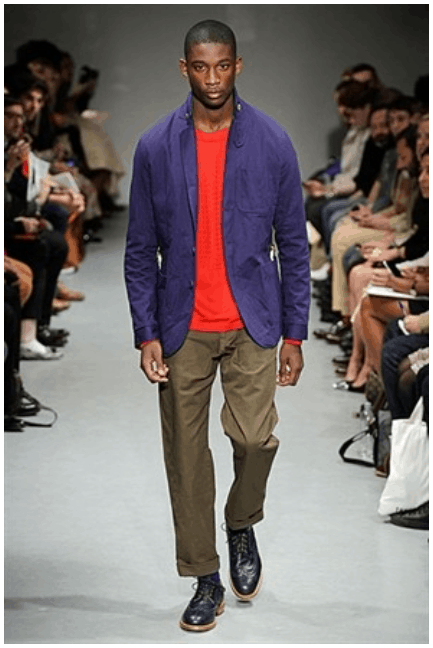 It came as no surprise to followers of Oliver Spencer’s talent that he was nominated for a 2011 British Fashion Award in the Menswear category. This is a designer with an impressive career who firmly believes in manufacturing locally and supporting British clothes production. To confirm his talent, Oliver Spencer’s stylish and relaxed range of clothes and footwear was one of the highlights of menswear day at the latest London Fashion Week that showcased collections for Spring/Summer 2012.

Spencer’s collection, shown in the almost industrial surroundings of the Mercer Street studios in central London, included an eclectic mix of models of different ages and from varied ethnic backgrounds to illustrate how men’s fashion should celebrate diversity and creativity. To the sound of an upbeat soundtrack that included the Style Council’s appropriately titled song ‘Shout from the Top’, models confidently paraded a succession of clothes in vibrant colours such as indigo, salmon, light grey, olive green, and an array of shades of blue.

However, it was the remarkable footwear that stood out for us at The Style Examiner. Although Spencer has been undoubtedly proficient in designing clothes, the brand’s shoes are always outstandingly stylish. For Spring/Summer 2012, Oliver Spencer suggests capped-toe oxfords, brogues, and penny loafers in black, light tan, and different shades of blue to complement the clothes.

A self-taught tailor, Oliver Spencer founded his eponymous label in 2002 with the intention to mirror his own wardrobe: a mix of popular street wear and traditional tailoring that relies on quality fabrics, and modern fits respectful of traditional production. The result has been a series of wearable and elegant collections of clothes simultaneously inspired my Japanese and American sartorial heritage, as well as traditionally masculine milieus such as hunting and the military.

Oliver Spencer has grown as a business over the last decade and the clothes are now sold in numerous retailers worldwide. In 2006, Spencer unveiled a standalone store in New York City, and in 2008, he opened the doors of a second shop, in London, and introduced a womenswear collection. 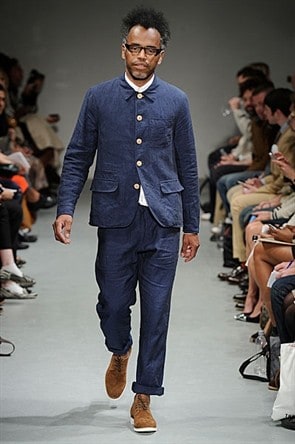 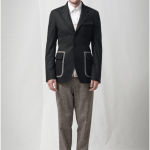 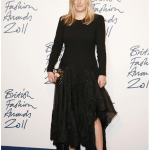